Tony is Tony Bennett’s second full-length studio album.  In Tony, we see first-hand Tony Bennett’s love of the American Songbook. This album features many great songs from composers including Irving Berlin, Duke Ellington, Jimmy McHugh, Harry Warren, Kurt Weill, and the Gershwins. Most of the songs from this album, such as It Had To Be You, These Foolish Things, I’ll Be Seeing You and Always are songs that he still sings today in concert. Tony has two distinct sound profiles: the numbers arranged by Ray Conniff (mostly Side One, plus Always from Side Two) feature a big band sound, while the Percy Faith numbers have a lusher sound with more strings. He is joined on this album by guitarist Chuck Wayne, whom he worked with on Cloud 7; on Tony, Wayne provides a wonderful guitar accompaniment to Lost in the Stars. 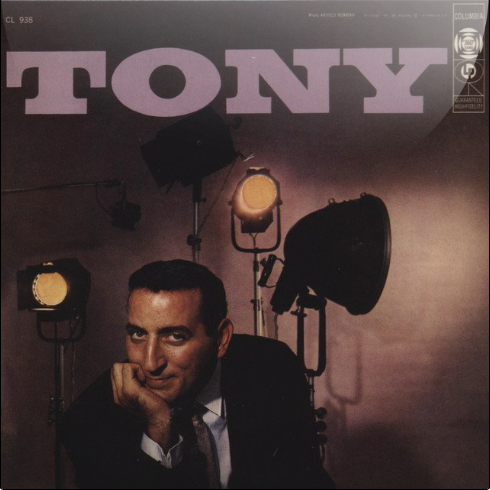 Tony was recorded over four sessions in June and September 1956.